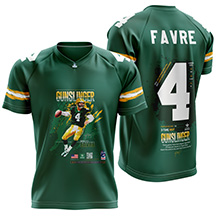 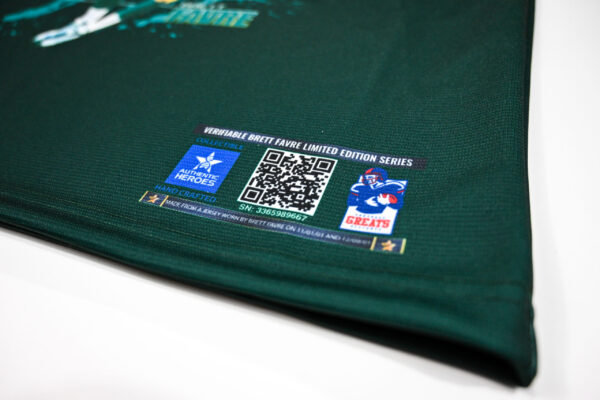 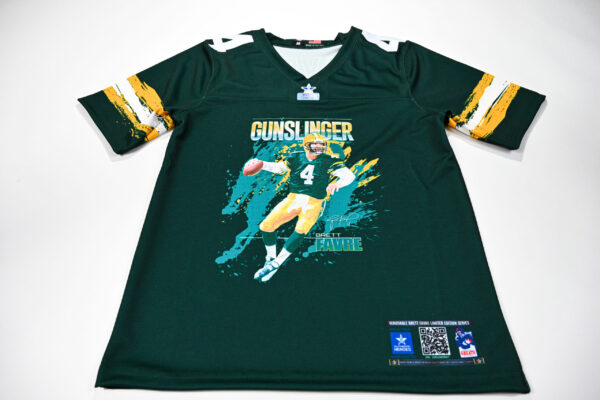 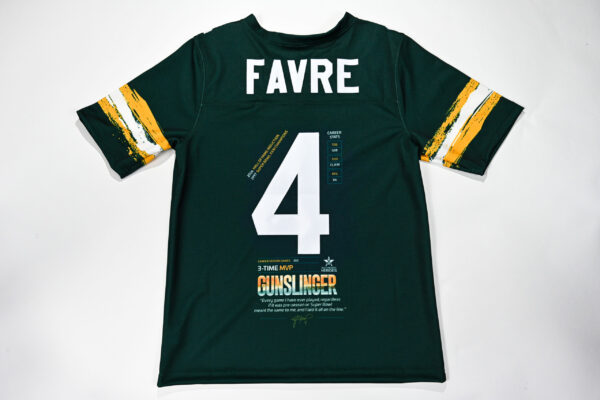 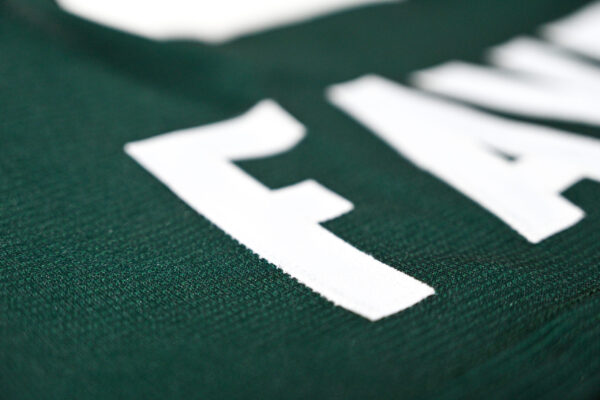 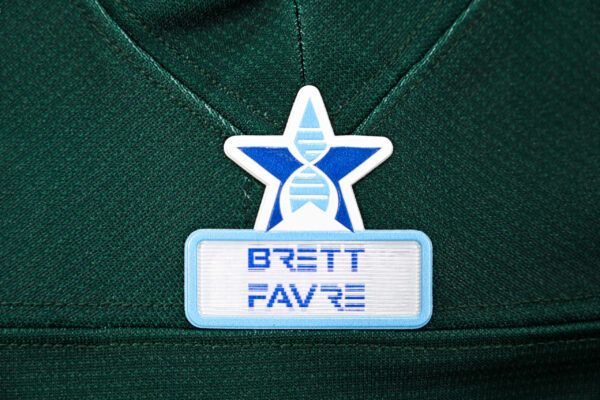 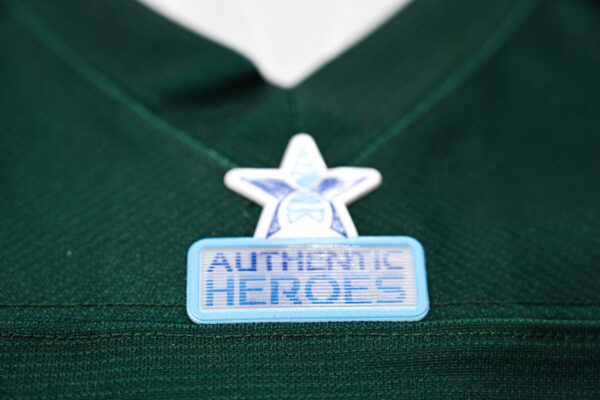 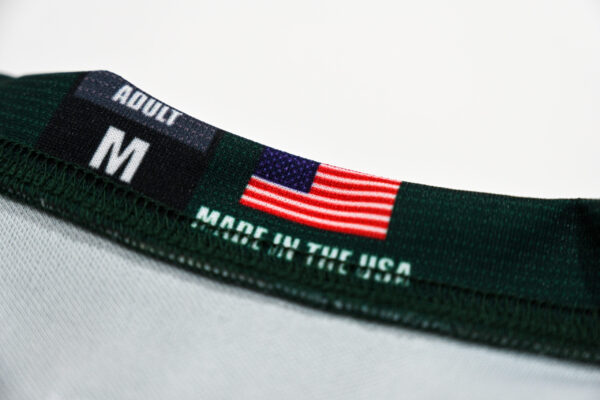 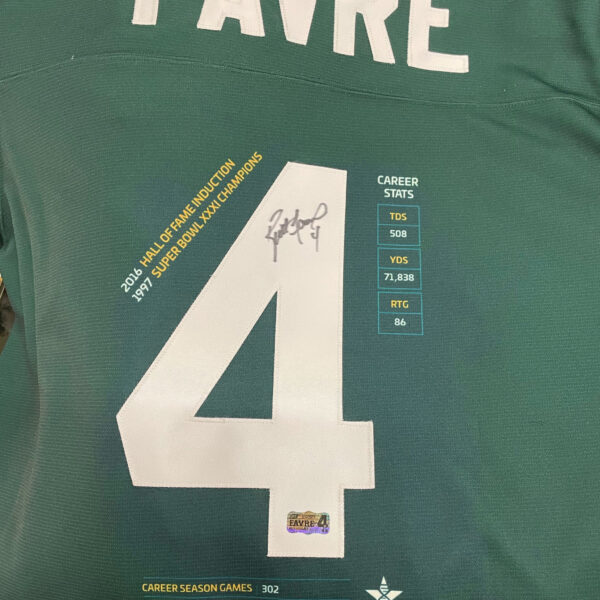 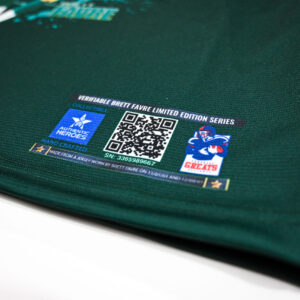 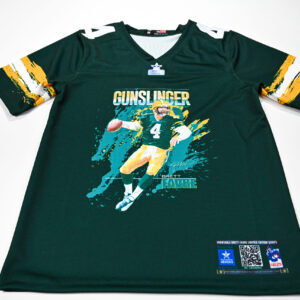 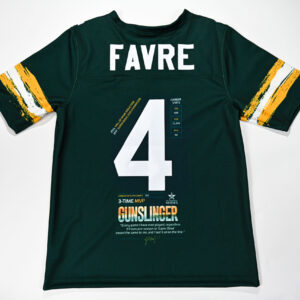 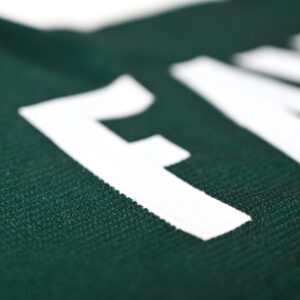 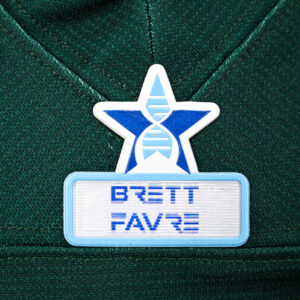 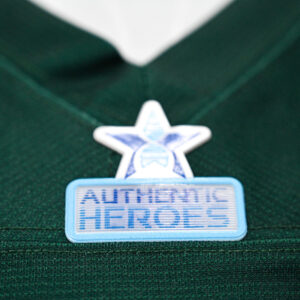 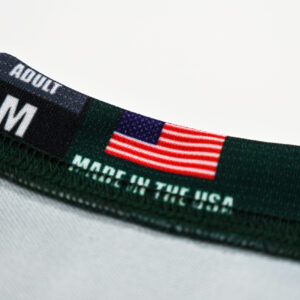 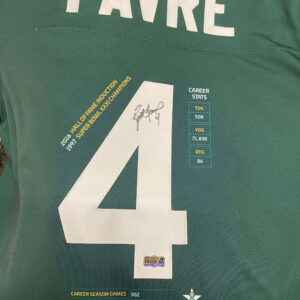 Own a piece of football history with this incredibly unique collectable jersey which has been crafted from a jersey worn by Brett Favre.  Fibers from a game worn jersey throughout the fabric, individual serial number and QR code records your ownership.

The jersey is made with our unique mid weight (7.7 ounce) fabric, 92.5% polyester/7.5% nylon. The nylon yarns contain the fabric from the game worn jersey and is knit throughout the entire body of the jersey. The feint, fine lines in the fabric are the visible confirmation that the jersey contains the original on-field nylon.

The durable double stitch seams lay flat against the body should you choose to wear your collectible jersey. The jerseys are hand sewn in Pennsylvania by a company with a reputation for sewing for MLB, collegiate and high school sports.

The portrait was created by Tommy Alderson, a graphic artist from North Carolina. The portrait along with all of the graphics have been reproduced in fine and enduring detail through the use of dye sublimation printing. This preserves the excellent hand of the garment.

The tackle twill name and numbers are embroidered onto the garment giving the jersey a quality look and feel.

The Authentic Heroes logo emblem at the neckline has a holographic feature that allows the lettering to alternate between AUTHENTIC HEROES AND BRETT FAVRE.

Original artwork depicting Brett Favre back to throw, is featured on the front of this very unique set of  jerseys.  Authentic Heroes commissioned artist Tommy Aldinger to capture Favre in action for this limited series.

On the back of the “Gunslinger” jersey series, so named for Favre’s nickname, Favre’s name, number and his career overall stats appear:

In addition, you’ll find the classic Favre quote, “Every game I have ever played, regardless if it was pre-season or Super Bowl, meant the same to me, and I laid it all on the line.”