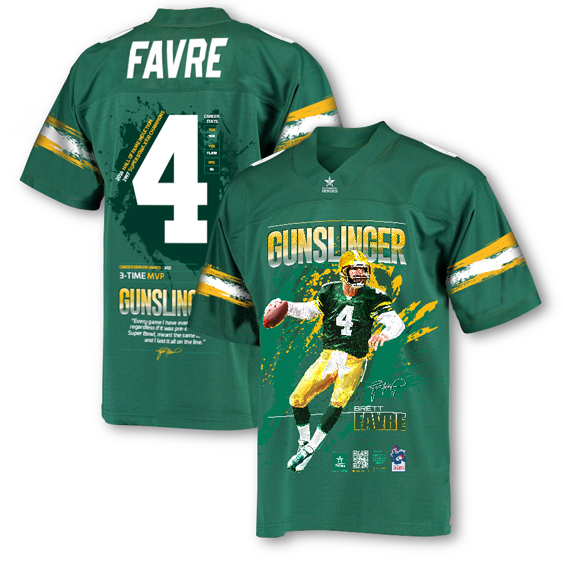 Original artwork depicting Brett Favre back to throw, is featured on the front of this very unique set of  jerseys.  Authentic Heroes commissioned artist Tommy Aldinger to capture Favre in action for this limited series.

On the back of the “Gunslinger” jersey series, so named for Favre’s nickname, Favre’s name, number and his career overall stats appear:

In addition, you’ll find the classic Favre quote, “Every game I have ever played, regardless if it was pre-season or Super Bowl, meant the same to me, and I laid it all on the line.”