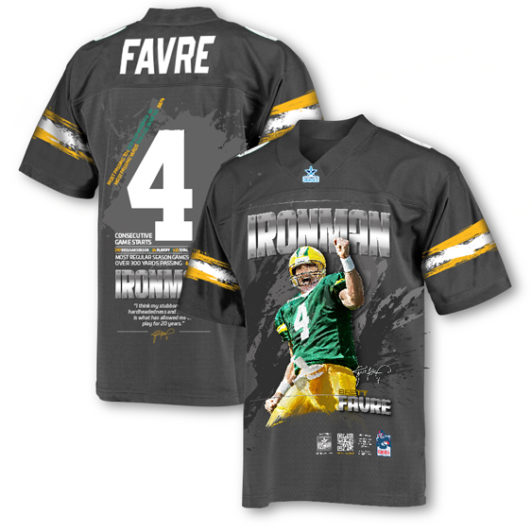 Original artwork depicting Brett Favre in a celebratory, clenched fist pose, is featured on the front of this very unique set of  jerseys.  Authentic Heroes commissioned artist Tommy Aldinger to capture Favre in action for this limited series.

On the back of the “IronMan” jersey series, so named for Favre’s longevity in the game, Favre’s name, number and key stats related to longevity and persistence appear:

MOST REGULAR SEASON GAMES WITH PASSING OVER 300 YDS: 6

In addition, you’ll find the classic Favre quote, “I think my stubbornness, hardheadedness and stupidity is what allowed me to play for 20 years.”