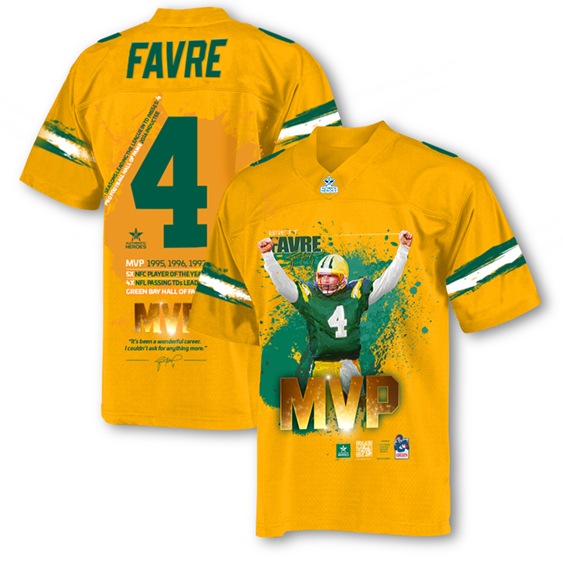 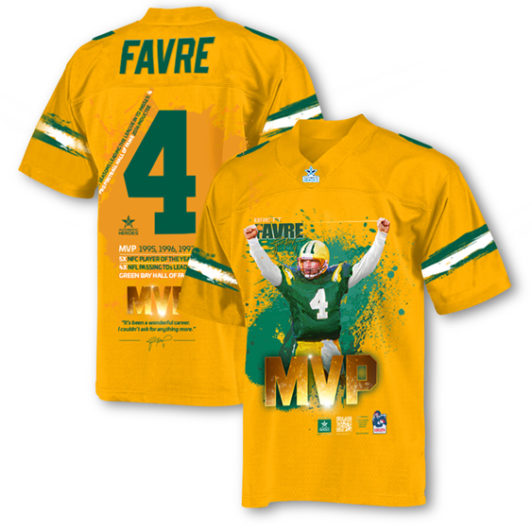 Original artwork depicting Brett Favre in a celebratory pose, is featured on the front of this very unique set of  jerseys.  Authentic Heroes commissioned artist Tommy Aldinger to capture Favre in action for this limited series.

On the back of the “MVP” jersey series,  Favre’s name, number and his  stats appear:

MOST SEASONS IN LEADING THE LEAGUE IN TD PASSES:  4

5X NFC PLAYER OF THE YEAR

In addition, you’ll find the  Favre quote summing up his feelings about his career , “It’s been a wonderful career.  I couldn’t ask for anything more.”