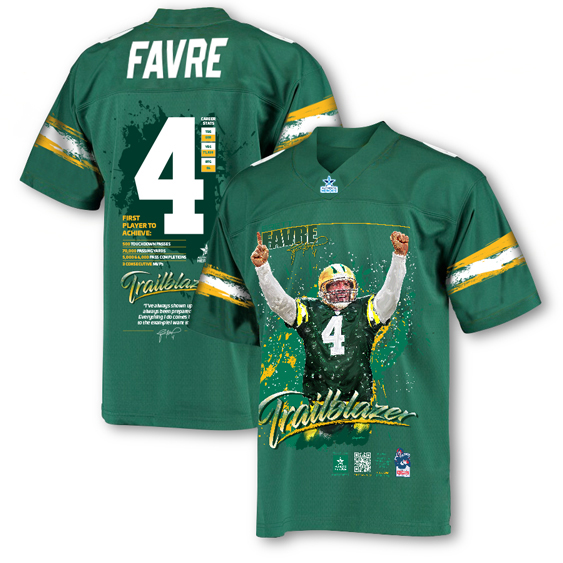 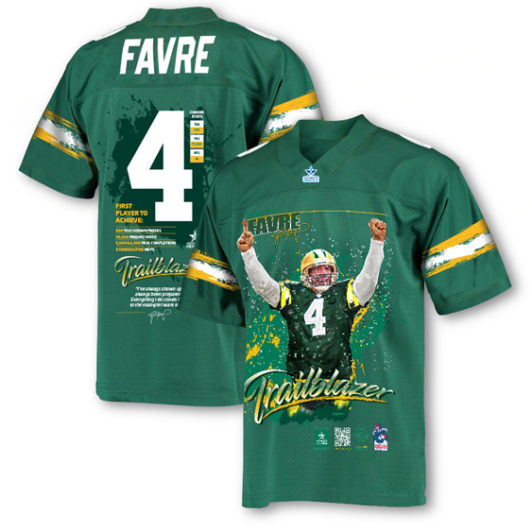 Original artwork depicting Brett Favre holding up his finger in a #1, is featured on the front of this very unique set of  jerseys.  Authentic Heroes commissioned artist Tommy Aldinger to capture Favre in action for this limited series.

On the back of the “Trailblazer” jersey series, so named for Favre’s many achievements that were firsts in football, Favre’s name, number and his career stats appear:

In addition, you’ll find the classic Favre quote, “I’ve always shown up, always been prepared.  Everything I do comes back to the example I want to set.”

FREE SHIPPING ON ALL ORDERS. We are in stock on Brett Favre Jerseys.